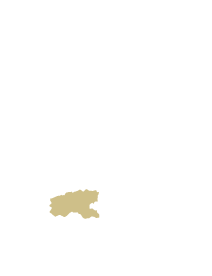 Minutes is the Average Travel Time To Work

Fun fact: Irish Coffee was invented in the Limerick village of Foynes in 1943

Prior to the Covid-19 pandemic Limerick was making a serious claim to be the best place in Ireland in which to live and work, and the Treaty City and surrounding county is well placed to bounce back from the ill effects of the virus and the damage it has caused.

Limerick has come a long way since the closure of Dell in 2009 suggested it might go into terminal decline. Indeed, it seems as if the county has been on the rise ever since. Serious effort has gone into revitalising Limerick since the financial crisis and Limerick 2030 – an economic and spatial plan developed to guide the economic, social and physical renaissance of the county – already looks set to deliver on its promise.

The prospect is that Limerick will be one of the most exciting places in Europe in which to live and work by 2030 – and some would argue that that is already the case.

The county is exceptionally well connected, with Shannon Airport only 25 kilometres from the city and excellent motorway connections to Dublin, Galway and Cork.

Scenically situated on the Wild Atlantic Way and the River Shannon, the county’s natural beauty offers a perfect backdrop to the hustle and bustle of a thriving, cosmopolitan and multicultural city, which offers shopping and dining experiences the equal of any in the country.

Limerick offers an impressive variety of arts, culture, sports and entertainment options – ranging from a visit to the historic King John’s Castle, a boat ride along the river or the unrivalled fever-pitch excitement of taking in a match at Thomond Park, the home of Munster Rugby.

The county has been an established location for international business for quite some time, but it is increasingly becoming a major hub for companies in the life sciences and technology sectors, meaning that no one must choose between the rewards of a high-level career and the delights of cosmopolitan living on the Wild Atlantic Way.

So, let’s look at the key Limerick stats:

Few places compare with Limerick when it comes to offering exciting career opportunities, work-life balance and a relatively affordable cost of living. The city, the Shannon Free Zone and, indeed, the wider county has attracted some of the biggest names in the pharmaceutical and medical device sectors as well as global tech industry brands. Edwards Lifesciences, Regeneron, Stryker, Cook Medical and Uber are among the major brands to set up bases in a county where multinational companies sit side-by-side with innovative start-ups, all of which have the resources of the University of Limerick’s research facilities available to them. Most Irish recruitment agencies reflect a thriving job market in Limerick, and the WDC’s new Talent Tool can help you in your search for the ideal job.

According to the latest Daft House Price Report for Q4, 2020, the average Irish house price was €269,522, which falls to €201,409 in Co Limerick. Homeowners must pay something of a premium for the convenience of living in the city, which averages €220,061, but that is still a healthy saving of just under €50,000 when set against the national average. Renting also offers a saving when compared with the national average, but there is, once again, a premium attached to living in the city – according to Daft’s Rental Price Report for Q4 2020, residents in Limerick county can expect to spend an average €978 in monthly rent, while rents in the city average €1,265, which compares to a national average of €1,414.

Ireland’s reputation as an expensive place for child-minding is unfortunately well deserved, but Limerick residents do have it better than their counterparts in many other parts of the country, particularly those on the east coast. Data collected by the Department of Children and Youth Affairs in November 2019 showed average weekly full-time childcare fees of €161,35 in Co Limerick, compared to €246.03 in Dublin Dun Laoghaire/Rathdown and €200.49 in Co Kildare.

Once the pandemic is behind us, Limerick is sure to reassert itself as one of the best places in which to have a good time in Ireland. With a sizeable student population and 45 percent of the workforce under the age of 35, Limerick rightly enjoys a reputation as an exciting environment in which to wine, dine or party the night away. Situated as it is on the Wild Atlantic Way, Limerick also offers a host of outdoor activities in scenic locations as well as cultural attractions to suit all tastes.

Considering Co Limerick is home to Ireland’s third-largest city and a significant industrial base, commuting times in Limerick are surprisingly short by comparison with most other counties. The most recent Census figures – released in 2017 – show that commuters in Limerick had an average travel time of 24.2 minutes, compared to the 35 minutes it takes commuters in Meath and Wicklow to get to work.

Third-level students in Limerick will soon have two universities to choose from as the merger of Limerick Institute of Technology and Athlone Institute of Technology into a technological university is expected to happen in September 2021. The new university will join the University of Limerick in offering a broad range of study options. In addition, the county is home to Mary Immaculate College, which offers undergraduate courses in Primary and Post-Primary Education, Liberal Arts and Early Childhood Care and Education. As you would expect from a county that is home to more than 150 nationalities, Limerick has a diverse range of primary and secondary school options.