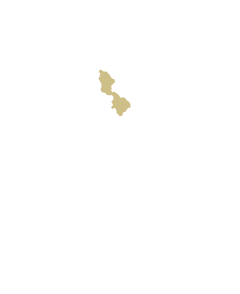 Fewer people live in all of Co Leitrim than are resident in many Dublin suburbs. Take Tallaght for instance: it clocks up almost 80,000 souls compared to the 32,000 or so who populate this picturesque North Western county.

Minutes is the average commute

Fun fact: The enchanting Glencar Waterfall in north Co. Leitrim is sometimes referred to as Yeats’ waterfall as it was the inspiration for his poem “The Stolen Child.”

So there’s space. But Leitrim is also THE most affordable county in Ireland. It has cheaper childcare, rent and house prices than anywhere else in the country. For someone cashing in on a Dublin property, a move to the Wild Rose County would save a small fortune over a number of years – possibly enough to buy a house mortgage free! For first-time buyers, there is excellent choice.

Leitrim is also good for your career, with plenty of well paid jobs available from indigenous and global-facing companies, some of which are part of ever-expanding regional tech, MedTech and financial-sector clusters.

Notable local employers include AvantCard, MCI (Mirror Controls International), Elastometall, Cora Systems,VistaMed and Abbott. The surge in Remote Working and entrepreneurs relocating to the county can be seen in new hubs that are filling up fast.

The Hive offers fast connectivity and space for start-ups as well as landing spaces for employees whose company HQs may be elsewhere. A  short drive to Manorhamilton where you’ll find ManorHUB which provides a collaborative, modern and innovative work space for creative and remote professionals who are looking for a business environment to grow and develop surrounded by the beauty of North Leitrim. While you’re there, be sure to check out the new W8 Centre which houses a co-working space, offices, holiday cottages and Osta cafe.

Leitrim and its idyllic nature makes the perfect home for those looking to escape the hustle and bustle of bigger cities, while still being closely connected to major towns like Sligo and Carrick-on-Shannon, Bundoran and Longford.

This arts and literary heritage is reflected in the work of the Dock Arts Centre in Carrick and The Glens Centre in Manorhamilton. With plenty of annual festivals including the Ballinamore Family Festival, the Five Glens Arts Festival and the Carrick Carnival Festival, there’s something for everyone to enjoy.

For the more adventurous type, the River Shannon, which passes through the county offers activities such as canoeing, kayaking and stand up paddling. There’s also a Moon River Cruise that can be booked for private parties or enjoyed with others.

Located in the centre of Connacht, Leitrim is a well-connected county nestled between many different towns, Manorhamilton is close to the Atlantic coast of Sligo and Bundoran and an hour to Enniskillen. Carrick is less than two hours’ drive to Dublin.

So, let’s take a look at the key Leitrim stats:

Leitrim is the cheapest county in Ireland to buy a house, according to the latest Daft Property Report for Q3, 2022. The report shows that the average Irish house price was €311,514, which falls to €175,296 in Leitrim. A quick search on Daft.ie will show you that this figure can drop significantly lower if you are willing to put some work in. Renting in Leitrim is also very good value, according to Daft’s Rental Price Report Q2, 2022, with the average rental coming in at €843 compared to the national average of €1,618.

Data collected by the Department of Children and Youth Affairs in November 2019 shows that Leitrim has the cheapest childcare in the country. The cost for full-time care per week is €148 in Leitrim, compared to €246.03 in Dublin Dun Laoghaire /Rathdown and €184 nationally. Tusla.ie has a detailed list of all the childcare providers and their contact info across Leitrim.

Whether you’re a solitude-seeking creative hoping to find a place to pen your next novel, or an outdoors enthusiast hoping to find the next best thing in Irish adventure-sports, Leitrim has something to tickle every fancy. Enjoy a walk by Glancar Waterfall or spend an afternoon gliding along the river Shannon by renting a boat!

While the average commute time in Leitrim at 27 minutes, is slightly longer than most in the West it’s still significantly shorter than the 35 minutes it takes commuters in Meath and Wicklow to get to work. This is according to the most recent Census figures released in 2017. Public transport links within Leitrim are limited, so a car is recommended.