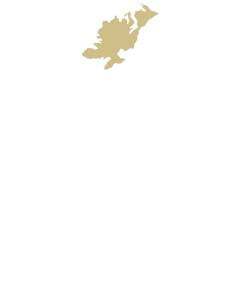 Voted as “Coolest Place on the Planet” by National Geographic in 2017, Donegal is a fast growth business region, with global tech giants, remote working hubs and boundless opportunities for adventure and relaxation.

Fun fact: Donegal was voted the coolest place on the planet by National Geographic Traveller.

Filled with stunning nature, Donegal makes a wonderful home for families, as well as singles and couples who love adventure. For those who enjoy catching waves, Bundoran, Rossnowlagh, Dunfanaghy and Magheraoaty are great surfing destinations. And if you’re looking for something even more thrilling, the sea stacks – a freestanding pillar of rock island in the middle of crashing waves – make a great climbing challenge.

Another little-known fact about Donegal is that the Slieve League cliffs are nearly three times the height of the Cliffs of Moher and are considered among Europe’s highest sea cliffs standing at 1,998 feet in height.

When you combine the beauty and adventure of Donegal with a short commute of fewer than 15 minutes on average and the excellent career opportunities available, it creates the perfect destination for anyone looking to have a high flying career and make the most of their free time.

And for any Star Wars fanatics, Donegal is the only place in the world where you can drive by R 2D2 every day! For those not in the know, in 2016, Star Wars: The Last Jedi was filmed in Donegal and more recently one of the roads were filming took place has been renamed R 2D2 after the popular Star Wars droid. Malin Head, in northern Donegal was aptly chosen as the location for Planet Ahch-To at the end of the galaxy, as this is the most northern point you’ll find in Ireland and its often described as the edge of the world.

To top it all off, Donegal is one of the largest counties in Ireland and has a population of nearly 150,000 – enough to create a busy buzz about the place without feeling suffocated by crowds. Donegal also has its own third level college and is easily accessible by road, rail and air making it easy to get around.

Not forgetting the nightlife, Donegal has three major towns (Letterkenny, Donegal town and Bundoran) for a big night out and many smaller ones for a quiet night at a cosy bar.

So, let’s take a look at the key Donegal stats:

In recent years, Donegal has developed a rich business culture with leading global companies like Abbott Ireland, Pramerica and UnitedHealth Group all located here. There’s also a great mix of local companies – with many specialising in textiles which has long been a strong tradition in the county – such as Magee of Donegal and Donegal Carpets.

Growing industries include the FinTech, Marine, Creative, Food and Tourism sectors,  listen to their success stories and hear from the people already living their dream in Donegal at donegaldigital.ie.

With a variety of companies calling Donegal home, there are plenty of jobs to go around. To see what jobs are available to suit your skills check out WesternJobs.ie.

The average Irish house price, according to the Daft Property Report for Q3, 2022 was €311,514, which falls to €200,095 in Donegal. A quick search on Daft.ie will show you that you can even secure an old, rundown for much less if you’re interested in remodelling. With plenty of options available you won’t be long finding the dream home. Rent in Donegal is also considerably cheaper, averaging at €881 compared to the national average of €1,618 according to Daft’s Rental Price Report Q2, 2022.

Childcare is another thing that you’ll find cheaper in Donegal and there are lots of great facilities to choose from as well. Tusla.ie has a detailed list of all the childcare providers and their contact info across Donegal. Now back to prices: Data collected by the Department of Children and Youth Affairs in November 2019 shows that the average weekly full-time childcare fees in Donegal are €167, compared to €246 in Dublin Dun Laoghaire/Rathdown and €184 nationally.

With the Covid-19 pandemic having hard-hit many nightclubs across Donegal, there are plenty of alternative activities to keep you busy every weekend! A day-out in one of Donegal’s best-known surfing towns Bundoran consists of surfing in Rossnowlagh beach followed by trying some of the local cafes, such as Foam’s delicious coffee and treats. There’s plenty of other breath-taking views to take in – for example, climbing to the top of Mount Errigal or the Slieve League Cliffs!

The people of Donegal can also enjoy more free time thanks to their short work commute. The most recent Census figures – released in 2017 – show that commuters in Donegal had an average travel time of 22.1 minutes, which makes a saving of well over 10 minutes a day compared to the 35 minutes it takes commuters in Meath and Wicklow to get to work.

LYIT became part of the new Atlantic Technological University in the West and North-West in 2022, it offers a range of full-time, part-time and online courses. It runs a variety of interesting courses such as Nursing, Science and Sports. Donegal also has a great mix of primary and second-level schools available throughout the county and you’ll find that in most cases you won’t need to deal with long waiting lists associated with more crowded counties.